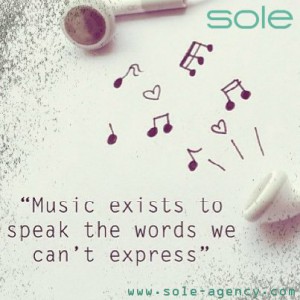 What is your favourite music video of all time ???

Music Videos are a great medium for artists. Though the topic about what makes a great music video is a subjective one. Obviously the video must be memorable, interesting and unique. They need to tell a story and leave an impression. They must be memorable to the viewer and ideally the lyrics and visuals need to have some type of relevance. Above all else their purpose is to help the artist/band be seen & heard on a global scale and most importantly increase their sales revenues.

As we are children of the MTV generation watching a good music video or demo really helps to showcase an artist and impress our clients. Therefore should you wish to send your demos to us please send to enquiries@sole-agency.com

Have a look at the list below, and let us know what your favourite music video of all time is;

Released in 1983, this video changed music videos forever. Music, special effects, zombies, make-up, dance moves that people still know today. It is so iconic it has to be our number one.

Directed by Oscar winner Spike Jonze and apparently at a cost of only $1000, the video was spot on location without obtaining permission. Could this have been the start of the flash mob revolution?

Madonna has never been one to shy away from controversy in her career. Religious groups protested widely about the video. Never has there been such a video that has been interpreted in so many different ways.

A hauntingly mysterious song, accompanied by a creepy video.

The King of Pop was also the king of music videos, so perhaps selfishly we have put him in twice in our top 5. However what is not to love about the Billie Jean video, this was the first ever time the ‘moonwalk’ was seen not to mention the fact that this video was seen as being the video at the forefront of breaking the colour barrier on MTV.

We hope you enjoyed our small countdown and we would love to know what you think.