At SOLE Agency we would love to know who you would like to see reunite?

Robert Plant has reportedly turned down $800 Million for a Led Zeppelin reunion. It has been reported widely that Richard Branson billionaire owner of Virgin, offered Robert Plant, Jimmy Page and John Paul Jones a 35 date tour. As drummer John Bonham died in the 80’s he was due to be replaced by his son Jason. Different sources state that due to the incredibly lucrative nature of the deal, the others happily signed up, Plant however did not. Whatever his reasons may have been that has led us here at SOLE to think about other bands who have reunited after splitting and who we would still love to see reunite.

1. The Eagles – Ironically their first tour and album in 14 or so years was called ‘Hell Freezes Over ‘after Don Henley stated that the group would reform when hell freezes over. They have even been to Dubai, and we were lucky enough to see them when they were here, and they were awesome. Hopefully they will continue to tour.

2. Beach Boys – obviously the have not reformed as the original Beach Boys, due to Carl & Dennis Wilson both being no longer with us, however the group has toured on and off over the years and recorded new material.

3. Fleetwood Mac – They started out in 1967, and although they have reformed in a few different forms over the years. They did a world tour in 2013, which sold out in the UK in record time.

5. Take That – They split in the Mid- Nineties, not long after Robbie Williams left. Following a 10 year break, they re-formed (minus) Robbie & have gone on to have huge success. 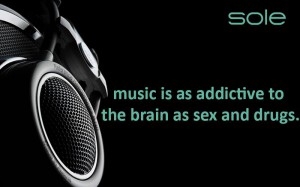 Who would you love to see reformed and in Dubai?

6. Blur – Massive in the 90’s, split in 2004. Have reformed sporadically since, headlining Glastonbury & were part of the London Olympics closing ceremony. Released some new material, but nothing to the quantity of Take That.

7. Black Sabbath – Again another 4 who have reformed on and off over the years.

9. New Kids on The Block – Huge heartthrobs during the late 80’s and early 90’s, splitting up in 1994. The reunited for a sold out Madison Square Garden comeback show in 2008. Recently they toured with Boyz II Men on a tour. Crazy to think that they are all in their 40’s now.

10. Spice Girls – At the peak in the mid to late 90’s the Spice Girls, reformed 2007/2008 for a commercially successful, critically unsuccessful tour.

Obviously this is just a short selection of the some of the many great reunions seen over the last few years. At SOLE HQ, we would love some of the below to get on the reunion bandwagon;