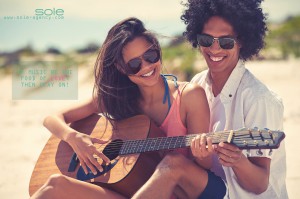 Let’s face it everyone loves to hate a music festival these days. Some have grown in size beyond belief, some are so commercialised it is hard to decide what branded merchandise to buy first. Then let’s not forget the novice and old timer festival goers who each come with their own quirks and annoyances. They can be physically and mentally exhausting. Expensive beyond belief these days and this is before we even mention the toilet situation….

However all negativity and cynicism aside, is there not something about the sun shining and going to music festival. It is like a rite of passage, once those tickets are bought and a preliminary schedule of who you want to see is set in your mind, it is a countdown! Festivals are not just about the music, they can be about meeting new friends, embracing the rain and mud as a cleansing experience 😉 generally letting your hair down (with flowers in it if you want) and above all else they should be about having fun and making memories. There will always be that one song that brings back memories of that day/weekend even years later.

With over a 1000 festivals in the UK alone in 2014, it is hard to mention just a few. We would love for you to let us know which festivals you have been to this summer & who blew your mind?

The Uk’s most famous would have to include Glastonbury, however let’s not forget Reading and Leeds, Bestival , Download and T in the Park. With a range of Headline acts including Arctic Monkeys and Blink 182 (Reading and Leeds), Justin Timberlake and The Killers (V), Calvin Harris and Avicii (Creamfields), Arcade Fire (Glastonbury), Two Door Cinema Club (Latitude), The Prodigy (Global Gathering), Frank Turner (Standon Calling), Marilyn Manson (Alt Fest) and OutKast (Bestival).

Over in the States, how about Hopscotch with rock and punk through to dance and a little bit of country. This festival in North Carolina ticks all the boxes. Hangout Festival with names like Jack Johnson, The Killers and Wiz Khalifa. Bonnaroo in Tennesee with its increasingly diverse acts on offer. Or there is always celeb spotting favourite Coachella.

Here at SOLE Agency, we would love to hear what festivals you attended this year, and what you see happening with music festivals in the future?