This UK duo bring a powerful combination of deep, moving basslines and soulful sexy vocals that have very much placed them on the Middle Eastern map for live electronic house music. Following a very strong 2015 they are pushing on and out further afield – across the World! 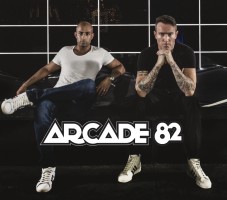 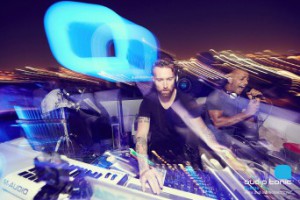 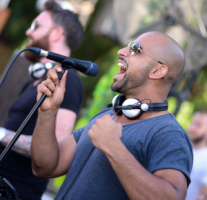 The companies’ first notable attribute was winning the Tokyo International Taiko Contest in 2005, including beating Japanese taiko groups. This led to the group being cast in the first, and still only, national advertising campaign in the US to prominently feature taiko for Mitsubishi Eclipse.

Since then the group has performed at the 2009 Academy Awards, the 2011 Grammy Awards, NBC’s The Voice and The X-Factor, and more recently on The Late Late Show with James Corden.

One of the bands highlights to date was being honoured with the prestigious Visionary Award from East West Players.

In 2013, Taiko Project featured in 30 Seconds to Mars’ “Up In The Air” music video. They performed with the band on Conan, Jimmy Kimmel Live and the iHeartRadio Music Festival. Other recorded performances include working with Stevie Wonder, Usher, Alicia Keys, John Legend, Kanye West and producers Sean Paul and Diplo. International stars include Greek singer Antonis Remos, Persian singer Mansour and Netherland’s Tiesto. The group is currently working on more World-class collaborations so watch this space.

Taiko Project are no strangers to the Middle East – SOLE Agency having worked with them twice in the space of a year! The first booking involved 8 drummers being flown to Dubai to then perform at the post-season celebrations of Al Ain Football Club (2015). Our second booking involved a solo drummer flying over to be part of an amazing 20 minute show for Sheikh Mohammed bin Zayed al Maktoum’s VIP reception event prior to the Dubai World Cup (2016).

The drummers are booked to return to the Middle East again to play in Doha in July 2016, and in the US they already have a busy performing calendar up until Summer 2017, with a US tour planned in Spring 2018.