Alison is a classically trained cellist who has become renowned for performing on the electric version of the instrument, performing all over the World. Alison performs an eclectic range of music styles at top international venues including palaces and 5-star hotels across the UK and major cities in the UAE, Japan, India, Indonesia and Morocco. Previous corporate clients have included Aston Martin, Mercedes Benz, BVLGARI, Tiffanys, Helena Rubinstein, Toyota and Coca Cola. 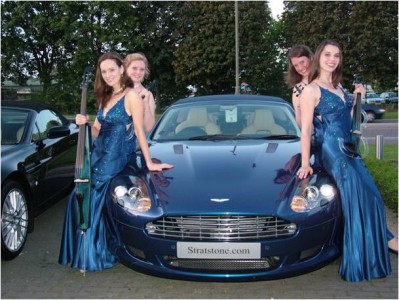 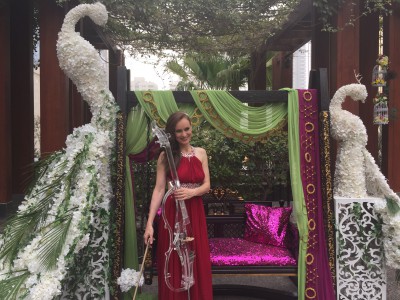 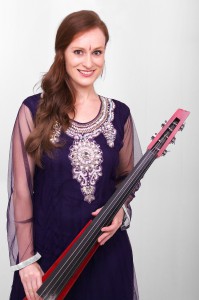 Alison particularly enjoys working on projects combining other creative industries and has a passions for fashion and TV work. Her previous work as a model in Japan left Alison enjoying the ‘show-side’ of being musician, often centre stage giving high-impact performances complete with dancers and violinists. She is equally happy blending in performing as a background artist at high-end corporate and private events performing calm atmospheric music.

The British electric cellist performs authentic interpretations of Bollywood hits, from the Golden Greats to modern day classics. Alison has worked with many big names in the Indian music industry including performing on MTV Unplugged playing ‘Tum Hi Ho’ with Mithoon (the composer), playing solo in ‘Humdard’ sung by Mithoon and Palak Muchhal, and being part of the string quartet accompanying Mohammed Irfan for ‘Banjaara and Baarish’.

When performing at destination Indian/Bollywood weddings (for which she has become known), Alison often plays for the grand entrance of the bride and groom ‘wearing’ her silver cello allowing her to walk around while performing – a step away from the classical traditional cello with spike rest on the ground. She is also no stranger to performing at champagne receptions, sangeets and during dinners.