Tim Hassall has established his reputation as an independent international artist and performer. He has toured across Europe, road-tripped back and forth across America and created a loyal fan base in the Middle East. Hassall’s lyrics are both narrative and observational, based on his life and times travelling, outside of his touring, having grown-up and lived in Papua New Guinea, Brunei, New Zealand, UK, USA and Dubai. 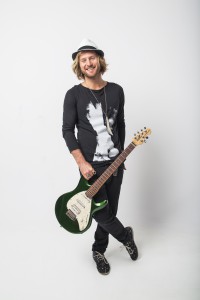 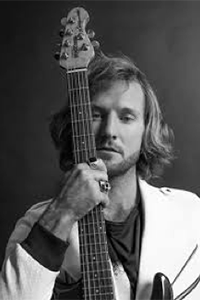 The sound produced entails a wealth of unalike inspirations, each song creating its ‘own world’. Tim does not work within one musical genres but pulls influences from Indie, Rock, Funk, World Music, Cajun, Pop, Acoustic, Hip Hop and Country – quite a mix, but manages to maintain the stamp of his unique style.

At the beginning of 2014 Tim’s sophomore album ‘Gallatin’ made its way to No. 9 on the Virgin UAE Charts within its first month of release, with rave reviews from fans and critics alike. The guitar-toting singer/songwriter has been called “a real wordsmith” by Grammy award winning mastering engineer Doug Sax (The Rolling Stones, Pink Floyd, and James Taylor) and has been nominated for three TimeOut Dubai Nightlife Awards, winning twice. The launch of Gallatin was closely followed by playing at Unspangled Cologne: Americana Music Festival, (Germany), Museland Festival (Bahrain), Chilli Crab Festival (Dubai) and Blended Festival (Dubai), opening for Elvis Costello and Diana Krall.

Tim plays regularly within the Jumeirah Hotel chain in Dubai, and with his band at various event and festivals. In 2015 Tim performed at Beats on the Beach (Abu Dhabi) with the band Bridge Incident, and in November 2016 Tim returns to the stage at Party in the Park (Dubai) opening, amongst others, for Kaiser Chiefs, Travis and The Charlatans.