A UK-native from west of London, Adam grew up studying music in the UK soon after he learned how to walk and talk. In his 14 years of practice, Adam studied the violin, oboe, voice and saxophone which lead to concerts in the UK and performances across Europe touring with various ensembles, orchestras, bands and choirs, ultimately choosing the sax as his preferred instrument. 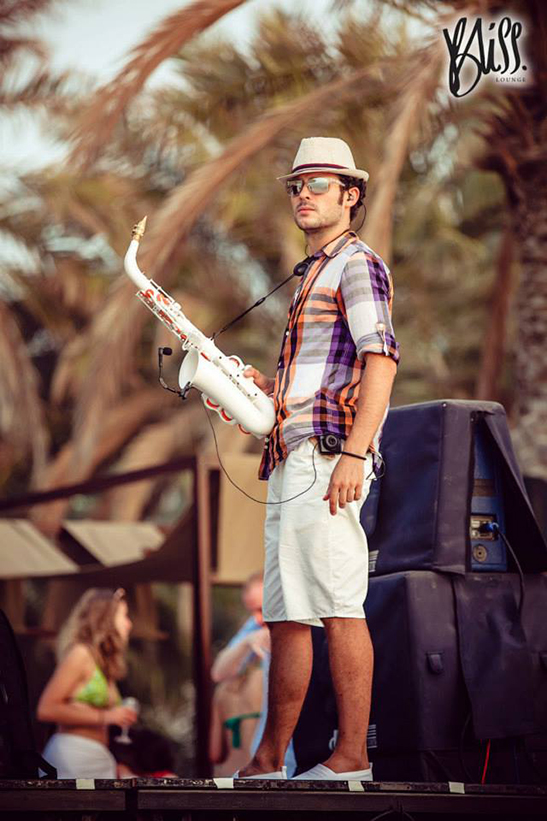 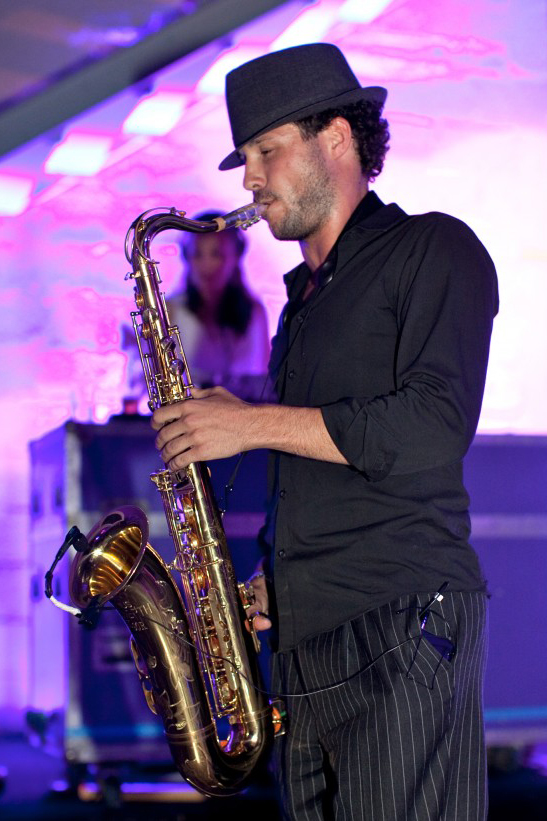 After leaving school, Adam continued to pursue musical endeavors outside of his professional commitments. After moving to central London in 2004, Adam discovered musical theatre and dance and was soon performing in regular London Fringe theatre and at the Edinburgh Fringe Festival (shows including West Side Story, A Chorus Line, Bat Boy, Jesus Christ Superstar and Summer Holiday).

After several successful years in musical theatre, Adam returned to his first passion – the saxophone – and joined a London-based function band, performing both as a vocalist and saxophonist at regular professional gigs.

Upon moving to Dubai in 2008, Adam began specializing in saxophone and event performance, bringing a unique blend of musicality to his performances. Adam regularly performs for a multitude of local and international clients across the GCC, showcasing his array of talents primarily around the Dubai club circuit with both local and international DJs. He has a solid repertoire of jazz standards complimented by diverse catalogue. He regularly plays as a soloist, as well in duos and trios, both for jazz and acoustic bands. Alongside his other regular commitments, Adam currently holds the Alto 1 seat in the Abu Dhabi Big Band.